Just a day of travelling on trains today. See photo evidence below (yes,  it does look like I was gazing adoringly at my husband!) 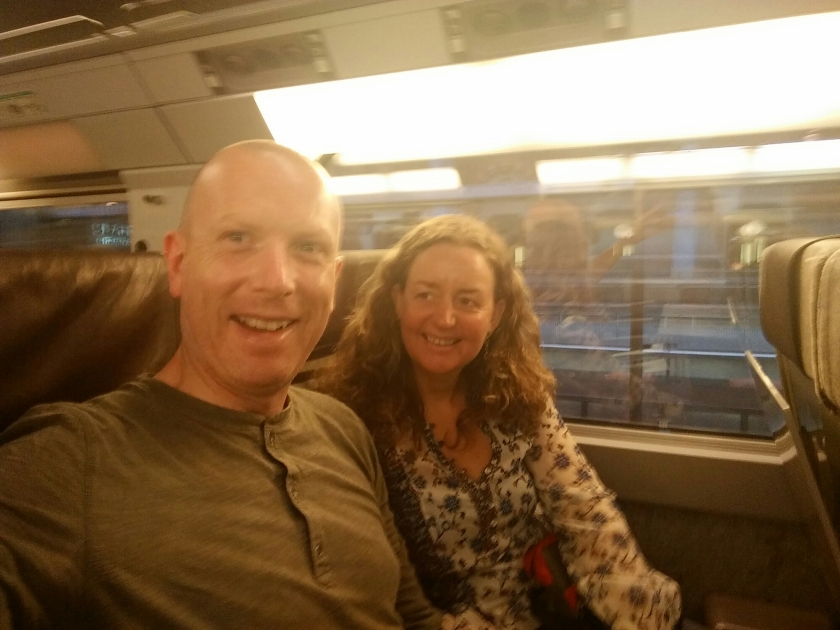 Obviously as we are experienced international train travellers (!) we have already done some of this route previously in January so knew the station layouts although Brussels certainly had massively increased security since we were last there in January,  unsurprisingly.  The feeling of unease was not helped by a bottle of water falling from the top of the escalators and landing on the table I was sat at!!
Food was salads for lunch,  no photos as quite boring but welcome for us. Afternoon train snack was Germany smoked ham, cheese and Rye bread, seemed odd having no wine with it but we are not ready for that yet!

All trains were on time but in the 27 degree heat were disappointingly not air conditioned!

We arrived at Hamburg  Haupfbahnhof and promptly got the wrong tube to our hostel. It was only one stop we needed to go FFS!  Eventually arrived at our hostel although took some finding as it is right next door to a doner kebab shop which distracted us. We popped out for supermarket tea which is pictured below – 2 varieties of tinned herring, of which the tomato and mango was definitely the best, mini cucumbers, salt n pepper crisps! Really lush 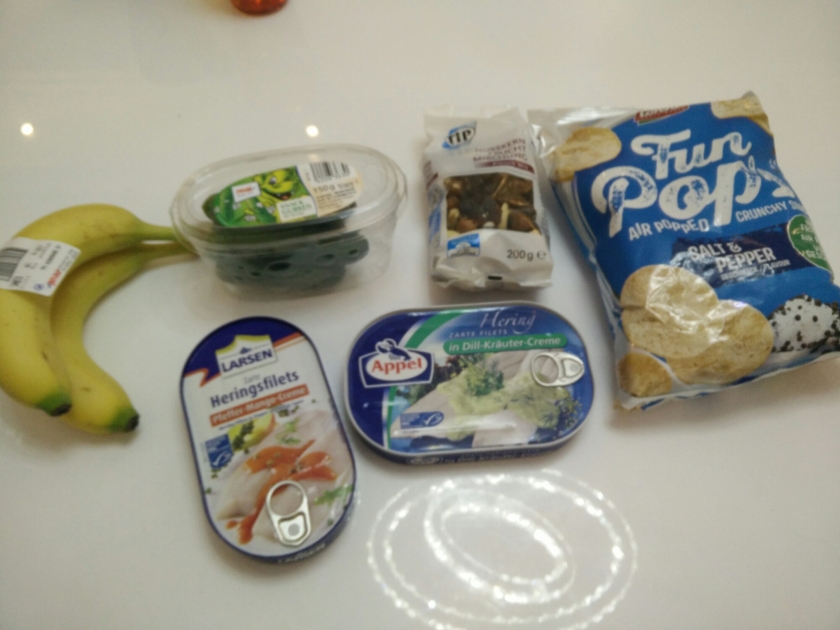 Slept well according to fit bit but only walked a measly 8099 steps! As most of these involved carrying 12kg rucksack I think I did enough today!

3 thoughts on “Trains to Hamburg”