Thankfully the ferry was much calmer than on the way over which also meant it was quieter, so we slept well. We are all given a free breakfast with includes congee, a rice porridge, steamed buns, a boiled egg and processed meat sausage with sweetcorn in. 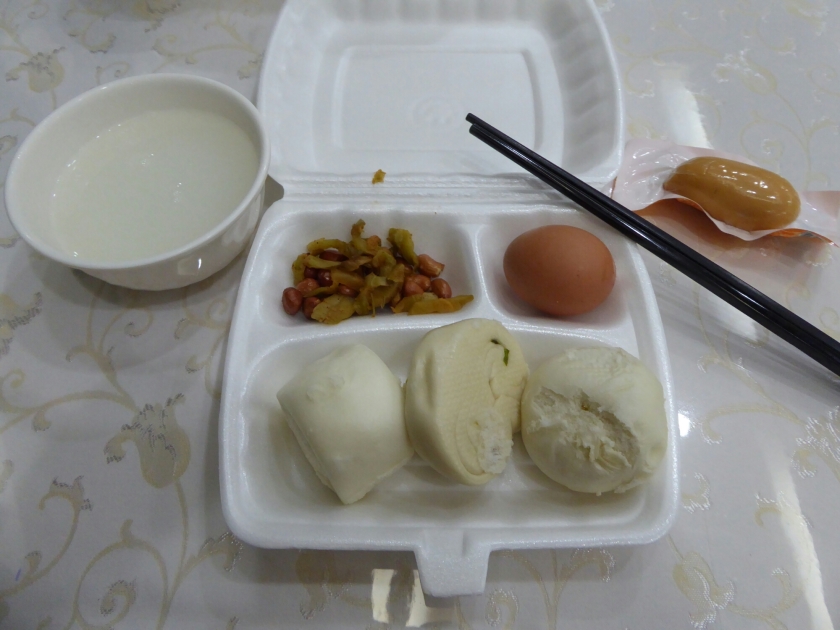 Its a beautiful sunny day but Xiamen is hidden behind a dark veil of pollution. 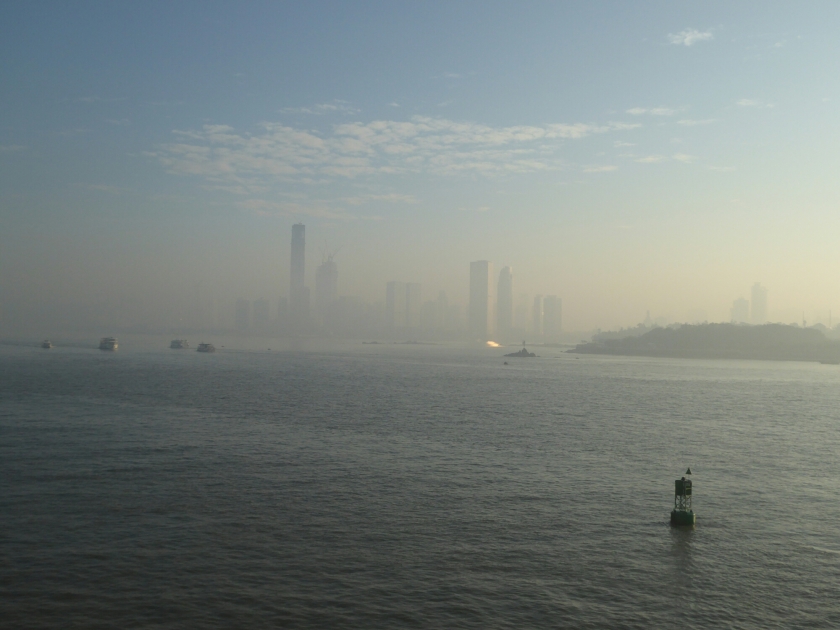 Passport control and customs are smooth and its 10 minutes before our bags get x-rayed. Two buses later (? & 957) and we are at Xiamen north train station, where Al wins first prize in the ‘queue here for 10 minutes and then here for another 10 minutes’ competition and is awarded two tickets to Guangzhou, a small town on the south coast with a population of 12 million. We change at Shenzen north and arrive at Guangzhou at 4.30 pm. Al then queues for 20 minutes for metro tickets which demonstrates her tenacity and finely tuned standing ability. 24 hours after leaving Keelung we are in the hostel.

Downtown Guangzhou is busy with many restaurants including ‘Kung Fu’ fast food chain which uses Bruce Lee as its logo but we opt for Dim Sum, which the region is famous for. We order beef and orange peel balls, fried lotus wontons, seafood steamed rolls, wonton noodle soup and steamed bok choy. It is very, very good. The lotus wantons come with a peanut butter/sesame oil paste which is divine. We will recreate that at home.

Tired from the trip and with bad WiFi we crash early.